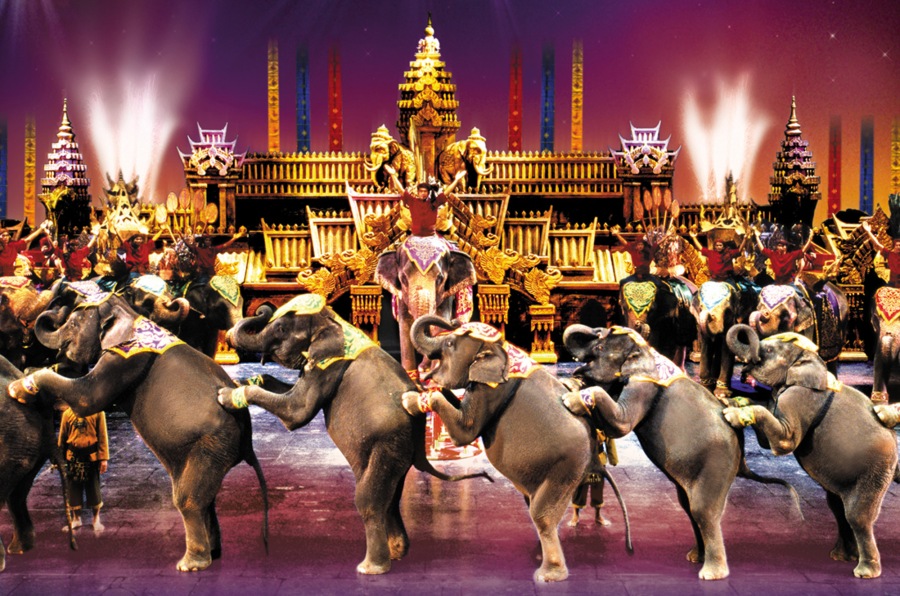 There are few places that can be dubbed an entertainment island in the world and Phuket Island off the Andaman coast of Thailand is just such a place. Compared to all the other islands in Thaland, Phuket is the one that stands out the strongest in terms of entertainment and activities. Phuket tourism is one of the most successful and visitors flock by the groups everyday to indulge in sightseeing, tourism and adventure activities. 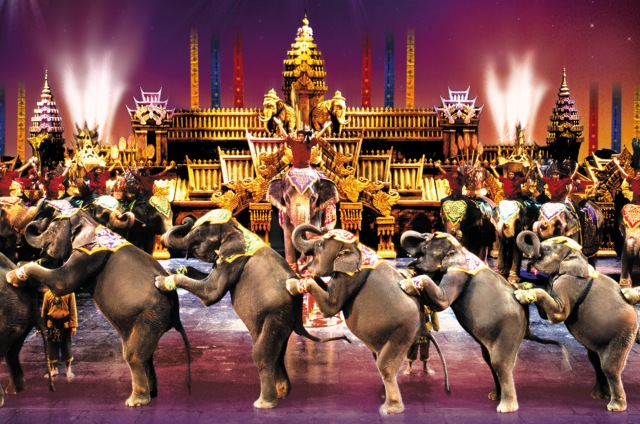 Among some of the Phuket things to do while you are there is to visit Phuket Fantasea which is rated as a one-off-a-kind entertainment theme park in the world. The opulence of the decor within the whole theme park is based on traditional Thai culture and myths, intricately woven with state-of-the-art technology in entertainment and entertainment facilities. The vastness of the dining venues can accommodate guests by the thousands at one sitting, not to mention the amusement park, shopping and off course the theater with casts including real elephants and a whole menagerie of other animals in supporting back-roles to the human cast.

Another Phuket entertainment that is a must see is the “ladyboy” Vegas style performances of  The Simon Cabaret show. You will not be disappointed by the performances of the casts helped along by a great sound system, beautiful costumes and stage settings as well as some really good scripts. There is also the Niramit theater which offers an epic style traditional cultural performance.

Apart from these entertainment features on the island, Phuket sightseeing includes many other interesting activities that are sure to keep you preoccupied during your stay on the island. One of the famous landmarks along the Phuket coast is “James Bond Island” which is actually Phang Nga Island. You can either take a cruise to this island bay or kayak there and while you are there, check out the limestone cliffs that give the island it’s unique shape and explore the many caves along the cliff walls. Other Phuket adventures include a safari tour by elephant or white water rafting through the rich jungle eco system on the island.

If you are more into Phuket sightseeing holiday then take a ride into Phuket Old Town. This is notably the historical and cultural district of the island. In Phuket Town, if you take the time to look around, you will find that it is unlike other typical Thai towns. The island has actually preserved many of the heritage houses, where rather than knocking them down to make way for new buildings, they are repaired and refurbished to give this town it’s quaint charm and tradition that is not only Thai but also Chinese by nature. Visit the many shophouses, cozy little cafes and museums as well as the many entertainment outlets that light-up in the evenings.

Bring out the party animal in you and experience a touch of  Phuket nightlife at Soi Bangla. Here you can hop from club to club in the Patong beach district. Drinks are cheap and go on all night. There is everything from techno to jazz and rock and roll. Occasionally you would find a famous guest DJ spinning his stuff and your feet tapping away to the rhythm while the seabreeze is keeping things cool. It is the place for music, drinks and girls galore so if you feel like a wolf running wild on a full moon night here, go right ahead and howl away…no one is going to notice the difference!

Part of the Phuket excitement includes live sessions of Muay Thai, or better known as Thai kickboxing. You can take lessons or if you rather watch the action, head on to the Muay Thai arena where there are daily kickboxing sports demoonstrations for spectators. Muay Thai is a form of self-defense art that is a combination of boxing and kicking. It is a graceful albeit lethal art of self-defense learned by youth and handed down generation by generation. To have the full impact of this self defense art, it is recommended you watch a live performance!

Other Phuket where to go places include of course the many temples and the famous Phuket Town landmark, The Phuket Big Buddha.This iconic and revered statue is venerated by the Thai and Chinese buddhist who live on and visit the island. It is located in the Nakkerd Hills right at the top, but easily accessible by tour coach, taxis or cars. There is also a good view from the top of the hill. Other Phuket tours you can indulge in while on the island is a visit to Wat Chalong.  A “Wat” means temple in the Thai language and did you know that in total, 29 temples exist on the island! That will keep you fully occupied just visiting temples!

As Phuket is an island, there are also the usual beach and marine based activities you can indulge in such as scuba diving, snorkeling, watersports, sea fishing and sea cruises to the many nearby islands. There is no shortage of marine parks to visit where there is a plethora of rich marine life including beautiful corals and clear emerald green waters to swim in. Those who want a little more adrenaline pumping action can try water-skiing, jet-skiing, para-sailing and the ultimate…cliff and rock climbing. So watever your fancy and interest, Phuket Island will make sure you fulfill them all. Only question is, do you have all that time to spend on the island? But no worries…you can always keep coming back for more!

One thought on “Activities in Phuket” 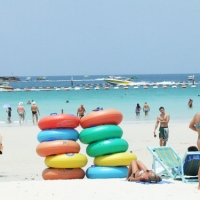